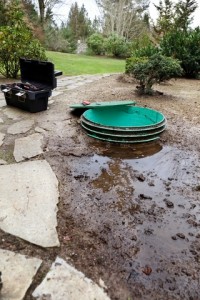 Is is possible when buying a Massachusetts home the Title V inspection report you receive as evidence that the Title V has passed is not really valid? When selling a home in Massachusetts, one of the requirements of every homeowner is to perform what is known as a Title 5 septic system inspection. A Title V is a fancy term for an inspection on your septic system. You will also see it used called as a number as well – hence Title 5. Some companies specialize in these inspections and are hired when a seller is going to sell their home.

Title V regulations were created in 1995 by the Massachusetts Department of Environmental Protection (MassDEP) to protect waterways and the environment. Septic system inspections are a vital part of these regulations. Every city’s Board of Health administers Title V and keeps a record of a home’s as-built septic plans, as well as the inspection results which provides information on the condition of the septic system and its capacity.

For a buyer to get a loan on a home, they need to have a passing Title V. In the event of a failed septic system; some lenders will allow you to set aside funds to be put in escrow to cover the cost of said replacement. Putting funds in escrow will be done to close on the home.

The vast majority of lenders, however, will ask for one and a half times the cost be set aside for their protection. So for example lets say the cost of replacing the septic system is going to cost $20,000 most lenders will require $30,000 to be placed in escrow. Lenders need more than one estimate to feel comfortable that the amount placed in escrow is appropriate.

When a Title V inspection is done, one of the things that will happen upon completion of the review is a report being generated that will detail the entire system, along with whether or not the system passes or fails. A failed system requires a replacement which more often than not will be a very expensive proposition. It is possible also to have what is called a “conditional pass” where there is some part of the system that needs a minor repair. For example, often the inspector may find something like a crack in the septic tank. A small issue would not be an automatic failure because a crack in a tank can be easily repaired even if it was a replacement of the entire tank.

Most of the time when you see a Title V failure, it’s because the leach field is not doing its job. If the leach field is no longer draining properly, you are almost always looking at a leach field replacement. This is where the big money comes in as you typically need to excavate out all the old soils and replace them with new soils. You will need to have an engineer redesign the system to meet current standards for today’s septic systems.

Getting an approved Title V inspection is a big hurdle for a seller in the home sale process. When you receive the certificate, everyone is happy including the seller, the buyer, the lender, the attorneys and the real estate agents involved in the sale. This is what happens throughout the state of Massachusetts on a weekly basis when homes are sold. The Title V is passed around, and everybody is happy when they see that checked box by the Title V inspector that says “APPROVED.”

Local Board of Health Approval 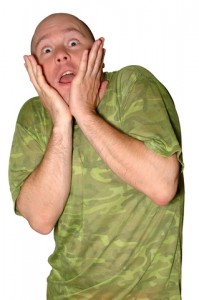 What if I told you that when you receive a Title V from an inspector, it is not approved? This is the case because in Massachusetts local boards of health have the final stamp of approval on whether or not the inspection is a pass or not! In the last year, I have been involved in two transactions where there was a passing Title V given out by a licensed inspector when after the fact it was rejected by the local board of health!!

In one of these occasions, it was not discovered until years later AFTER the property had closed. Here is what happened in a recent sale of mine. I listed a home whereby the owner had bought the home and received a passing Title V at closing. The deal happened to take place over five years ago. Upon putting the house up for sale, I informed him of the need to get a Title V. He went ahead and contracted with a Title V inspector who visited the local board of health to pull information on the system as inspectors often do when completing a Title V inspection.

After opening the file, it was discovered that the previous Title V was not considered a valid Title V because the board of health agent declared that the water table in the area of the system was too high. The Title V was considered a FAIL and not a PASS!! Much to my seller’s surprise, he was in a huge quandary. When he had gone to closing on his home, he was told via a very official looking document (passing Title v report) that he had no worries and his system was great.

This, in fact, was not the case! I am sure there are all sorts of legal questions that enter your mind like why the board or health agent or the inspector who passed the septic system never informed the seller after the fact that they did not have a passing Title V? It’s certainly a big issue and legally something the seller could pursue.

The seller luckily had the ability to tie into public sewer and was able to perform under the terms of his contract with the buyer. This very easily could have been a case where that was not possible, and the seller would have been stuck shelling out tens of thousands of dollars out of his pocket due to an enormous case of negligence.

What happened in this particular instance is the Title V inspector never turned the paperwork into the town until after the closing initially took place. The board of health agent, after rejecting the inspector’s report, never informed the owner of the property that he was not accepting the report. In my opinion, the seller could have a case against both the inspector and the board of health agent for negligent behavior.

So the biggest thing you need to take out of reading this is that a Massachusetts Title V is not approved by the local board of health gives it their stamp of approval! What is fascinating is that it is quite possible that other Massachusetts homes have received approval from in inspector when in fact the town has said no siree!

In a second recent transaction,  I was representing a seller who was completing an Ashland Massachusetts short sale, and they too got a Title V document from their inspector saying the Title V had passed. No such luck though as the board of health inspector rejected it saying they did not like the fact that the washing machine drained into a dry well on the property.

According to the Title V inspector, this particular board of health agent was the only one in the state that he had run into having such a requirement. Luckily again the home had sewer in the street, and the buyer agreed to hook up.

Just imagine for a moment what would have happened in both of these circumstances if there was no sewer tie-in available. The only word that comes to mind is a lawsuit! Both buyers and sellers of Massachusetts Real Estate need to be aware that the local board of health wields quite a bit of power that can throw a kibosh into your real estate transaction.

So if you want to make certain, your Title V has been fully approved you should call the local board of health to double check!

Other Resources Regarding Massachusetts Title 5:

Use the resources to understand better how Massachusetts title 5 works and why having approval is so important in a real estate transaction.

About the author: The above Real Estate information on when a Massachusetts Title V is not approved was provided by Bill Gassett, a Nationally recognized leader in his field. Bill can be reached via email at [email protected] or by phone at 508-625-0191. Bill has helped people move in and out of many Metrowest towns for the last 29+ Years.

Thinking of selling your home? I have a passion for Real Estate and love to share my marketing expertise!

Bill Gassett is a nationally recognized Real Estate leader who has been helping people move in and out of the Metrowest Massachusetts area for the past thirty-three plus years. He has been one of the top RE/MAX Realtors in New England for the past decade. In 2018 he was the #1 RE/MAX real estate agent in Massachusetts.